The Cowboy State is home to some of the most stunning mountain ranges in the continental United States, two of the most widely visiting national parks (Yellowstone and Grand Teton), and public school districts boasting some of the nation’s highest testing students: Wyoming ranks 11th in the nation in both NAEP reading and math scores according to U.S. News & World Report.

Ranking #2 in Wyoming is Sublette County School District #1, a small system of four schools serving several communities in its namesake county. As proof of the district’s high level of achievement, Pinedale High School was awarded a bronze medal by U.S. News & World Report, signifying its status as one of the nation’s best public high schools. 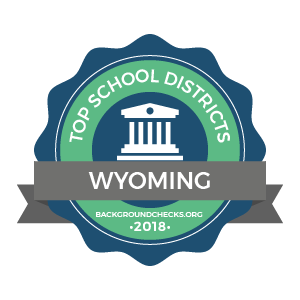