Oklahoma’s unique history of settlement by many different European peoples, along with its strong Native American presence and cultural influence, has resulted in a heterogenous student body enrolled in the state’s public schools.

Edmond Public Schools, a large district of 27 schools located in the Oklahoma City suburb of Edmond, ranks third. The terrific school system has earned more Blue Ribbon honors than any school in the state--with ten--in addition to being recognized for its excellence by such publications as The Washington Post and Newsweek.

Fourth in the ranking is Bixby Public Schools, based in the Tulsa-area suburb that lends it its name. The seven-school district achieved a whopping graduation rate of 99.2% in 2016. 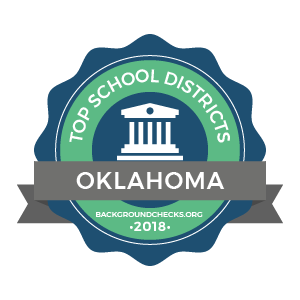