The Tarheel state lays claim to some of the best public school systems in the southeastern region of the United States; North Carolina schools rank 11th in the nation in college readiness according to U.S. News & World Report.

The best school district in North Carolina is Chapel-Hill-Carrboro City Schools, comprising 19 schools serving over 12,000 students in the southeastern part of Orange County, NC. Two of the districts high schools have been featured in The Wall Street Journal and Newsweek’s rankings of the best high schools in the nation.

Fourth on the list is Polk County Schools, a comparatively smaller district of seven schools located in rural Western North Carolina. Students enrolled in the districts schools have achieved an excellent graduation rate of 89%. 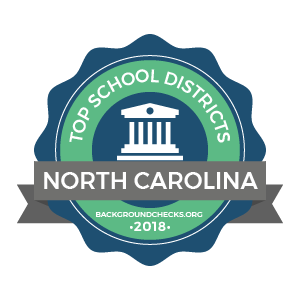