When discussing the best states in the U.S. to raise kids, there’s a strong argument to be had for Illinois, as Chicago area suburbs boast some of the best public school districts in the country, by any measure. Academic achievement, generous funding, superb athletic programs, and great extracurricular activities are all attributes shared by most districts in the region.

Illinois’ best school district is Naperville Community Unit School District 203, which serves central Naperville and parts of Bolingbrook and Lisle in Dupage County. Naperville Central High School, one of District 203’s two high schools, has been listed in U.S. News and World Report’s list of the top high schools in America, while 203’s Meadow Glens Elementary was named a Blue Ribbon School in 2015.

Third in the ranking is Wauconda Community Unit School District 118 serving Wauconda (not to be confused with Wakanda, the fictional African nation in the Marvel Cinematic Universe), and other communities in Lake County. 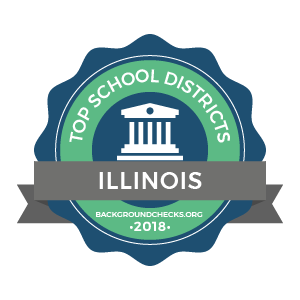