Gun laws are the subject of ongoing analysis nationally and in individual states, where most United States citizens have the right to apply for concealed carry permits.  Crime and violence take center stage on the evening news though, so arguments about guns are not going away.  To support their positions, passionate gun enthusiasts put forth opinions about safety and constitutional rights, while opponents point to growing numbers of gun crimes resulting in harm to children.  Wherever they fall on the gun control spectrum, people are engaged in spirited discussions about gun ownership, concealed carry laws and criminal justice outcomes for perpetrators using guns.  In addition to activists, there are also large numbers of firearm hobbyists who simply use the World Wide Web to share information and ideas about guns. The following examples include those typical of the gun and firearm blogs driving today’s political debates, as well as recreational blogs devoted to firearms. 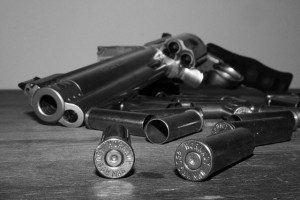 Cheers for all you wonderful information.