Arizona has impressive graduation rates in certain districts and it’s possible to find schools with above average test scores.

Although the teacher-student ratio of 20:1 is slightly below the national average of 17:1, the district performs well academically with 56% proficiency for reading, 57% for math, and an impressive graduation rate of 94%.

Despite its size the district provides a good environment for students, with college prep considered its strongest feature, closely followed by the sports scene. Academics here are acceptable, with reading proficiency at 54% and math slightly trailing at 51%.

Nationally, the district is considered above average, with proficiency for reading and math both at 53%, but a graduation rate of 93%. The district is also recognized for its excellent college prep, health and safety, teachers, administration, and sports.

The following contributed to the ranking: number of students (K-12), graduation rate, teacher quality, school funding, student to teacher ratio, standardized test results (reading and math; the percentage of students scoring at or above state proficiency level). Data from a total of 10,728 school districts had sufficient values for the variables above. 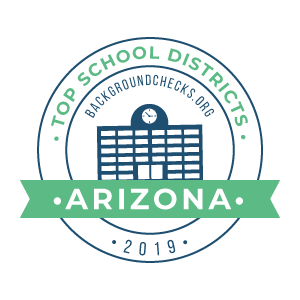