Though Ohio is in the midrange of U.S. states in terms of crime rates, with the 25th lowest property crime rate and 18th lowest violent crime rate, a considerable number of its cities earned very high scores on our Safety Index, which factors in FBI crime stats and law enforcement employment numbers to judge the safety of a community.

In all, 50 Ohio cities earned a Safety Index score of 0.3 or above, meaning they are very safe communities to live in, while 13 recorded a 0.6 or above, placing them in the upper echelon of U.S. cities in terms of safety. Let’s look at Ohio’s five safest cities to see the best the Buckeye State has to offer.

Maumee is Ohio’s safest city, earning a remarkably high 0.98 Safety Index score. The cozy community of around 14K logged a violent crime rate of 0.36 per 1,000, which is less than a tenth of the national average. 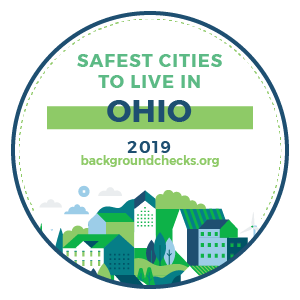