Parts of Michigan are not very safe: troubled cities such as Detroit and Flint are plagued by high rates of violent crime several times above the national average. However, the Great Lakes State is also home to scores of extremely safe communities.

Michigan’s #2 spot is shared by two communities each earning a high 0.78 Safety Index score: Beverly Hills and Grosse Pointe Park. The two affluent suburbs of Detroit both recorded violent and property crime rates below state and national averages, with Beverly Hills sticking out for its tiny 0.09 violent crimes per 1,000 inhabitants.

#5 on the list is Farmington, logging a 0.67 on the Safety Index. The well-to-do Oakland County community notched a mere 4 violent crimes in 2017.

Three more cities in Michigan, Bloomfield Township, Grand Haven and Birmingham, earn the distinction of a 0.6+ Safety Index score, a high guarantee of their relative safety. 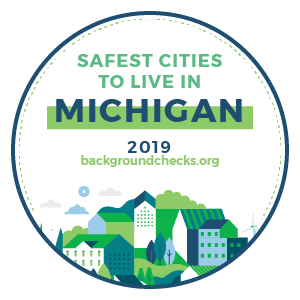