It’s no secret that the United States leads the world in imprisoning people. Perhaps it’s our Puritan background, the war on drugs, or the endless list of criminal offenses on the books. Regardless, our passion for imprisonment knows no bounds.

The majority of imprisoned people (both convicts and those jailed pending trial) happens on the state level. With that in mind, we set out to calculate exactly how much keeping all these people locked up costs each state and how much each household has to pay to keep all them in ball and chain.

Our first job was simple: Find out how much each state spends on its prison system. 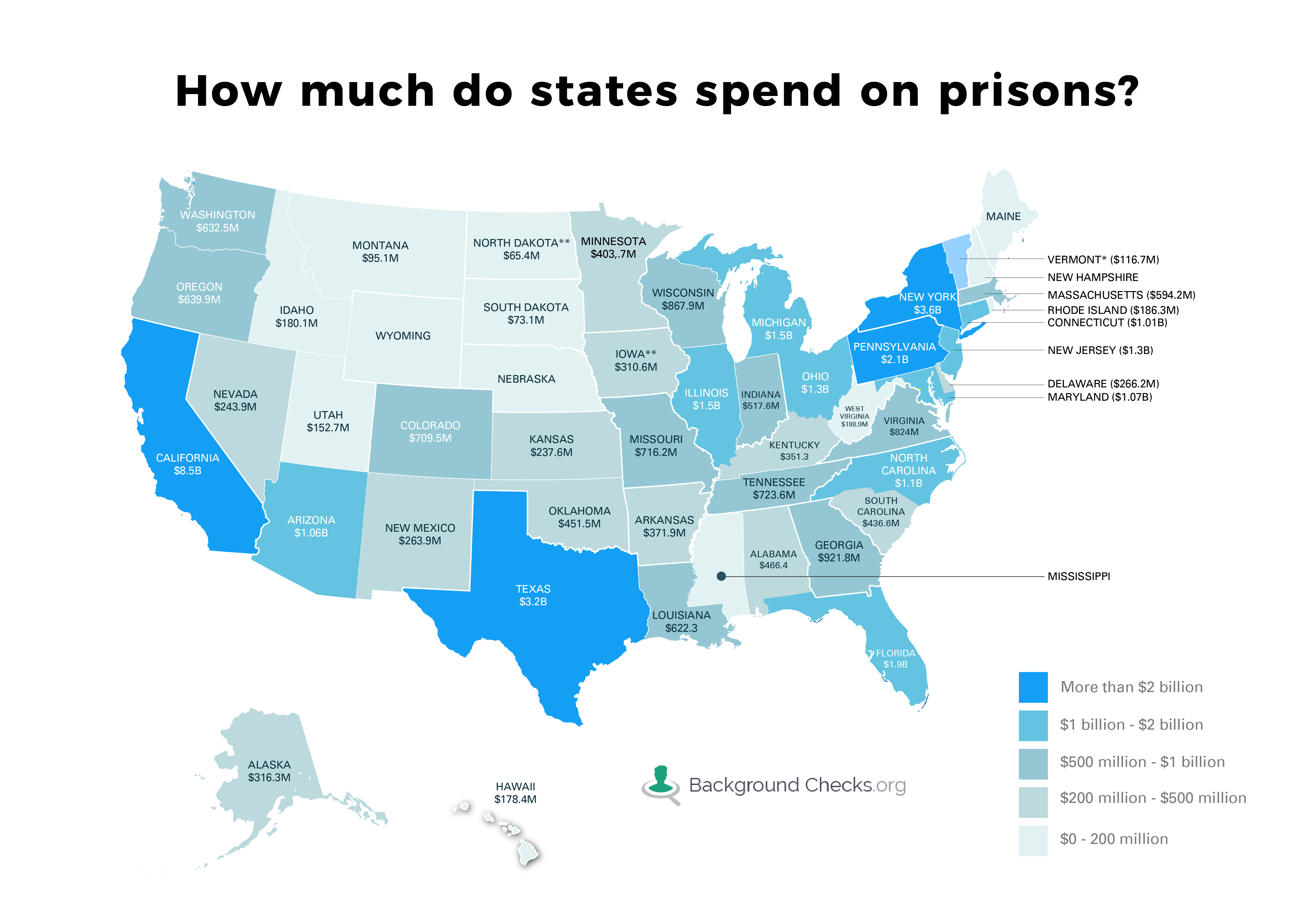 How much do states spend on their prison systems?

The problem with total budgets is that they don't tell the whole story. We wanted to know how much this was costing taxpayers in each state. Big numbers are nice and make great stories, but no single person in California is spending $8 BILLION dollars. So we looked at the most recent population figures available from the U.S. Census, the number of prisons per state, and figured out the cost per inmate, per state. 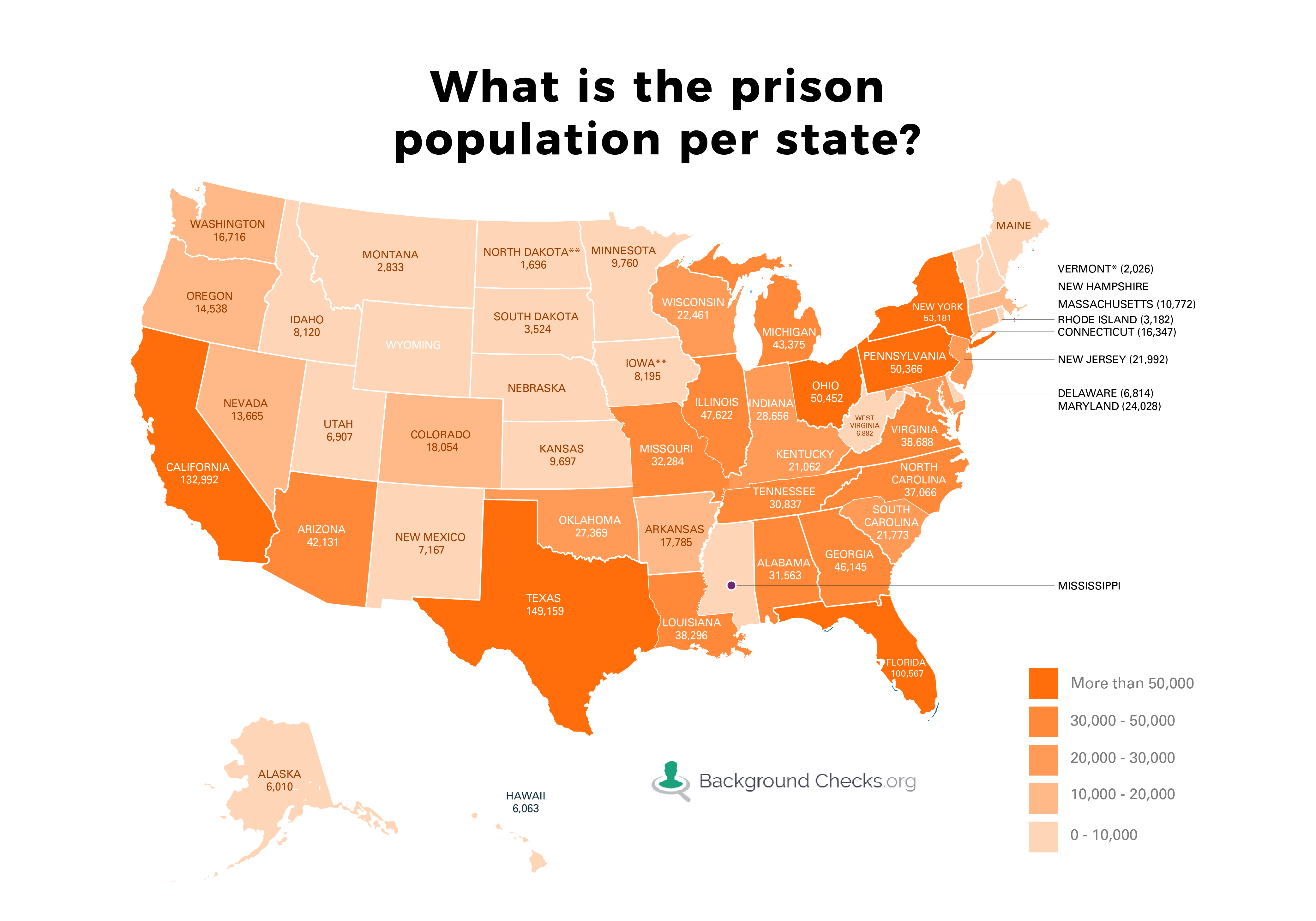 How many prisons are there in each state?

How much do states spend on each prisoner? 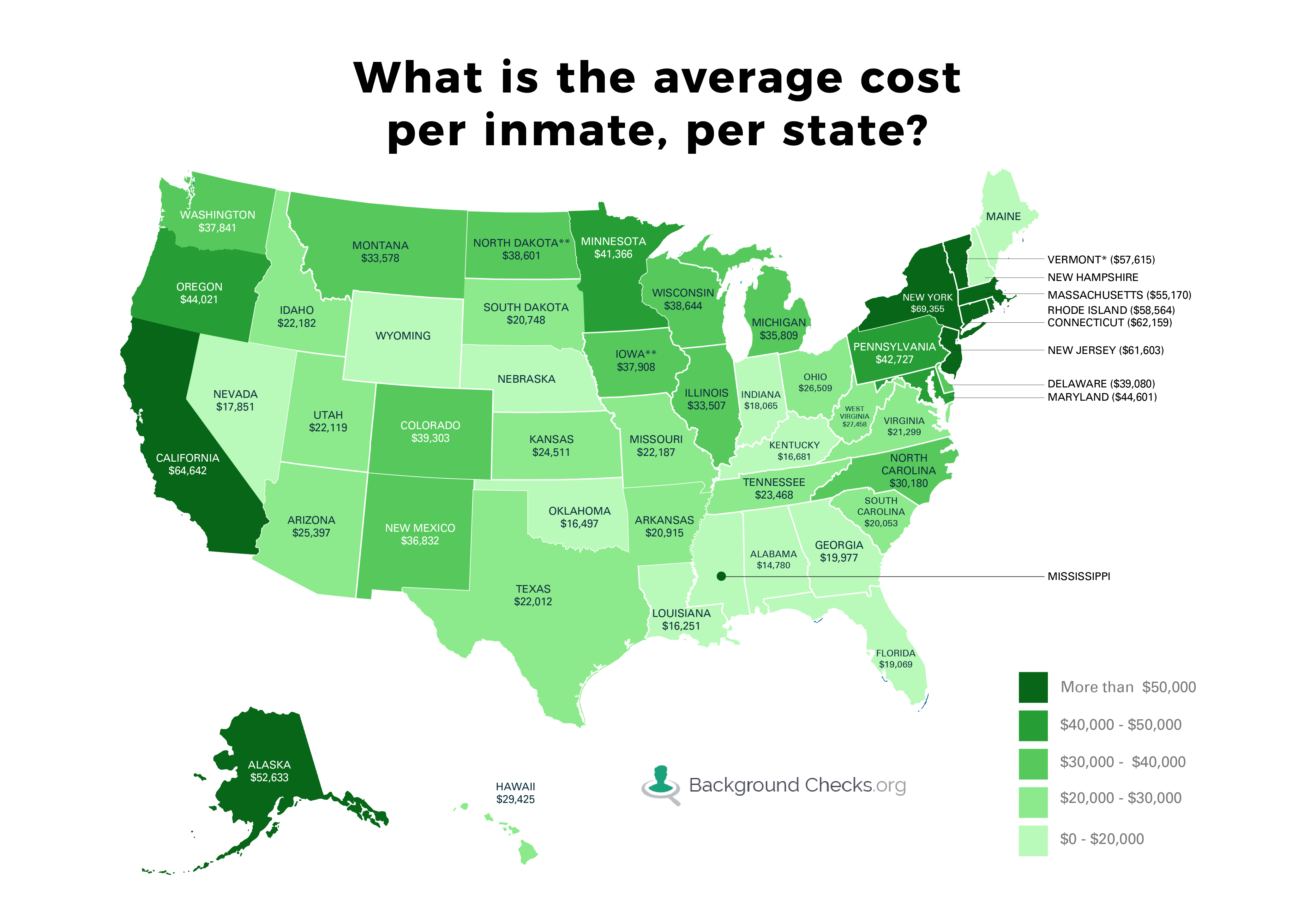 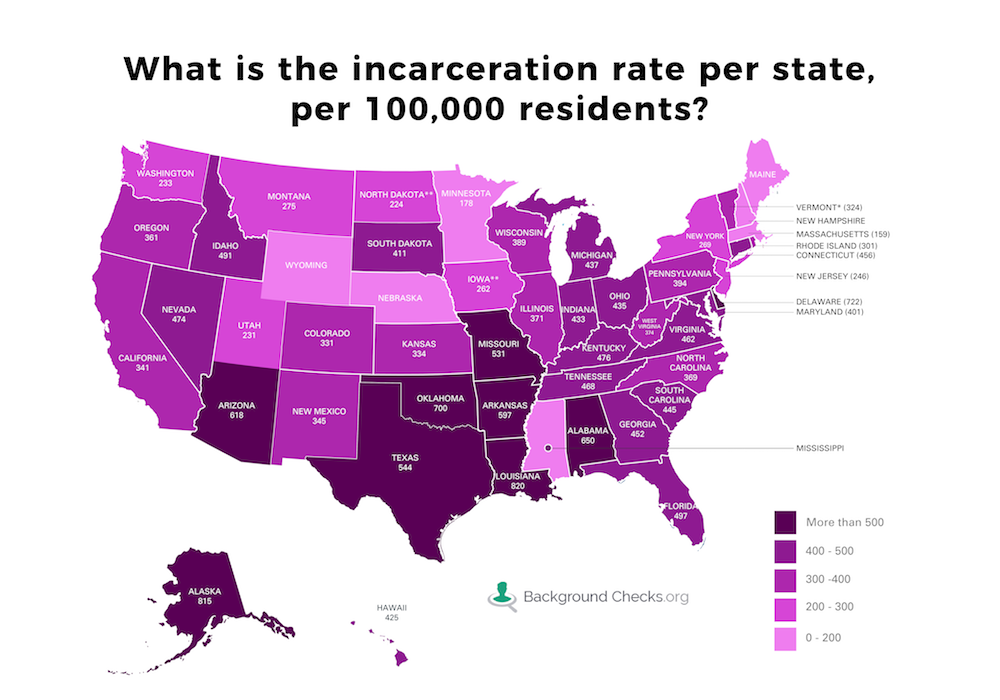 ¹ “Other personnel services” includes pension contributions, retiree health care payments (often called OPEB), employee health insurance, and all other fringe benefits, such as FICA, workers’ compensation, life insurance, and any other personnel services expenditures, including those paid for by state agencies other than the department of corrections.

³ “All other” includes debt service and pay-as-you-go capital, payments for legal judgments and claims or contributions to the state tort fund, expenses related to the payment, administration, or oversight of private prisons, education and training for incarcerated people, and all other non-personnel services and other costs related to the confinement of adults from both the department of corrections and other state agencies.

The shares of total prison spending may not sum to 100% due to rounding.

We used data from state budgets, state expenditure reports, the US Department of Justice, state correctional agencies and departments, and the US Census.

If you have questions, feel free to contact our research team – prisonresearch@backgroundchecks.org.